Leather case iphone x – Smartphone Apple iPhone X Reviews – Apple has not been able to create a new chassis for the iPhone since the iPhone 6, as a result, the device design remained the same and it is almost impossible to distinguish the iPhone 6 from the iPhone 6s / 7 or 8 by looking at the front panel. And for this Apple iPhone X, For each manufacturer, a verified chassis, namely the case and the layout of the elements in it. means the least number of problems in the new device. All weaknesses have already been identified and corrected, which means that the percentage of marriage cannot be high, it decreases over time. Apple’s loyal audience is used to preserving the iPhone’s design for two generations: a model with a digital designation comes out, then an improved version with the S prefix, and the design is changing for the next generation. In fact, we can say that for four years the company has been using the same design. Boring. This is the word that many spoke when they looked at the iPhone 7, since nothing appeared in it that would greatly distinguish the device from previous devices. Exactly the same thing can be said about the iPhone 8 compared with the “seven”, the changes are so few that enough fingers of one hand. Outwardly, they are almost twin brothers, in any case, when you look at the front panel. Interesting fact is, the marketplace did not wait for Apple to wake up, and went far ahead, and Samsung set the tone here. First, EDGE models appeared, curved screens removed the display bezels, then the fashion for frameless screens became ubiquitous, and each company offered its own vision of this issue. So, How Apple iPhone X Looks Like? Design Look The model is available in two colors, silver and dark gray (silver, space gray). In the first version, the back is white, and the sidewalls are chrome-plated, in the second one, black color is used both. I’ll start with the protruding camera module on the back. Unlike the iPhone 8 Plus, here the camera module has sharp edges and is located vertically. This creates inconvenience when you take the device out of your jeans pocket, they can catch on the fabric, the module sticks out too much. Drop the iPhone X is contraindicated, but more on that below. The back panel is made of tempered glass, as well as the front panel that covers the screen. Both there and there is an oleophobic coating, but do not expect that handprints will not be visible, they are clearly visible. 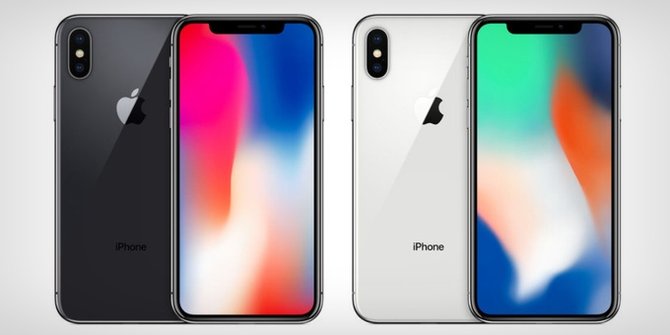 Display Before talking about the display on the iPhone X, it is just necessary to make a digression, since it is this component of the smartphone that causes the gap of patterns, cognitive dissonance and firsthand demonstrates the lack of the beginnings of logic in a huge number of people. Apple does not have engineers or people responsible for the development of screens, they are physically absent. Apple has no patents related to OLED technology. Which, on the contrary, spent more than ten years developing the technology and fine-tuning it. Today, 95% of all OLED screens in the world are made by Samsung. the company is a leader in this direction, and Apple simply had no alternative where to buy such screens. If you are looking for iPhone X Case Accessories, you can try visiting Apple iPhone X Case sites. So, ther is some reviews about Apple iPhone X smartphone. I Hope this information is useful for you who want to get this great smartphone. That is all, thank you.

The unique Melkco story began as a family run business during the late 1990’s, initially entering the German market specializing in Genuine, Split and Synthetic leathers. During those early years, the idea of establishing the business, provided the incentive to go as big as it can go…Read more